According to archeological evidence there is a strong indication that the ancient Chamorros (the indigenous people of Guam) were of Indo-Malayan descent as early as 2,000 BC. Cultural and linguistic similarities tie the Chamorro race to Malaysia, Indonesia and the Philippines. The Chamorros settled throughout the Marianas archipelago, and flourished as a fishing, horticultural, and hunting society. The Chamorros were excellent seamen and skilled craftsmen who built unique houses and canoes. 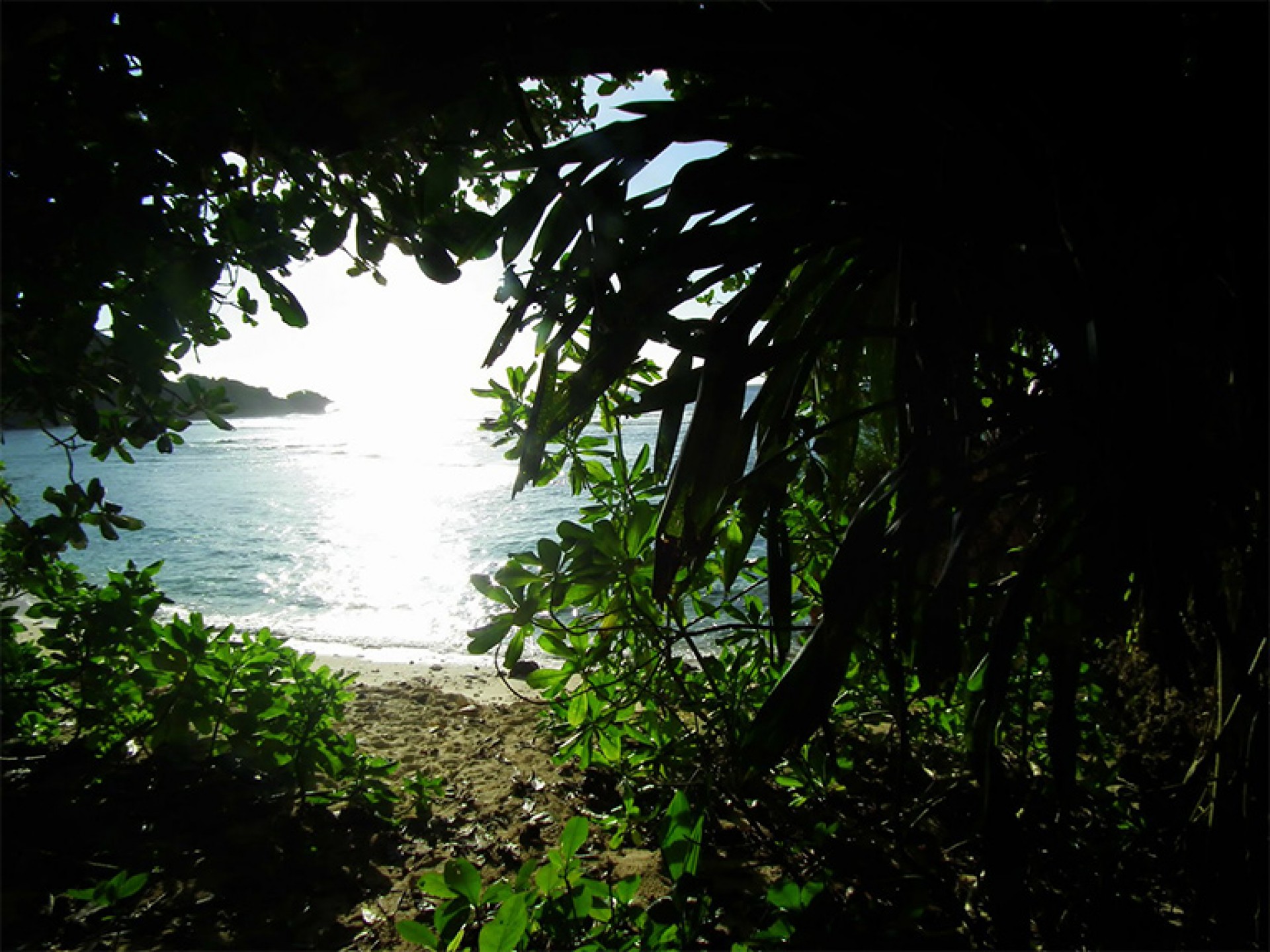 Guam was formally claimed by Spain in 1565, and its people were forced to convert to Roman Catholicism beginning in 1668. After the Spanish-American War of 1898, Spain ceded Guam to the United States. It was formally purchased from Spain for $20 million in 1899.

On December 8, 1941, shortly after Pearl Harbor was bombed, the Japanese bombed Guam in a series of raids lasting 2 days. The islands only defense were 153 marines, 271 U.S. Navy personnel, 134 civilian workers and 247 members of the local Chamorro Insular Force Guard. 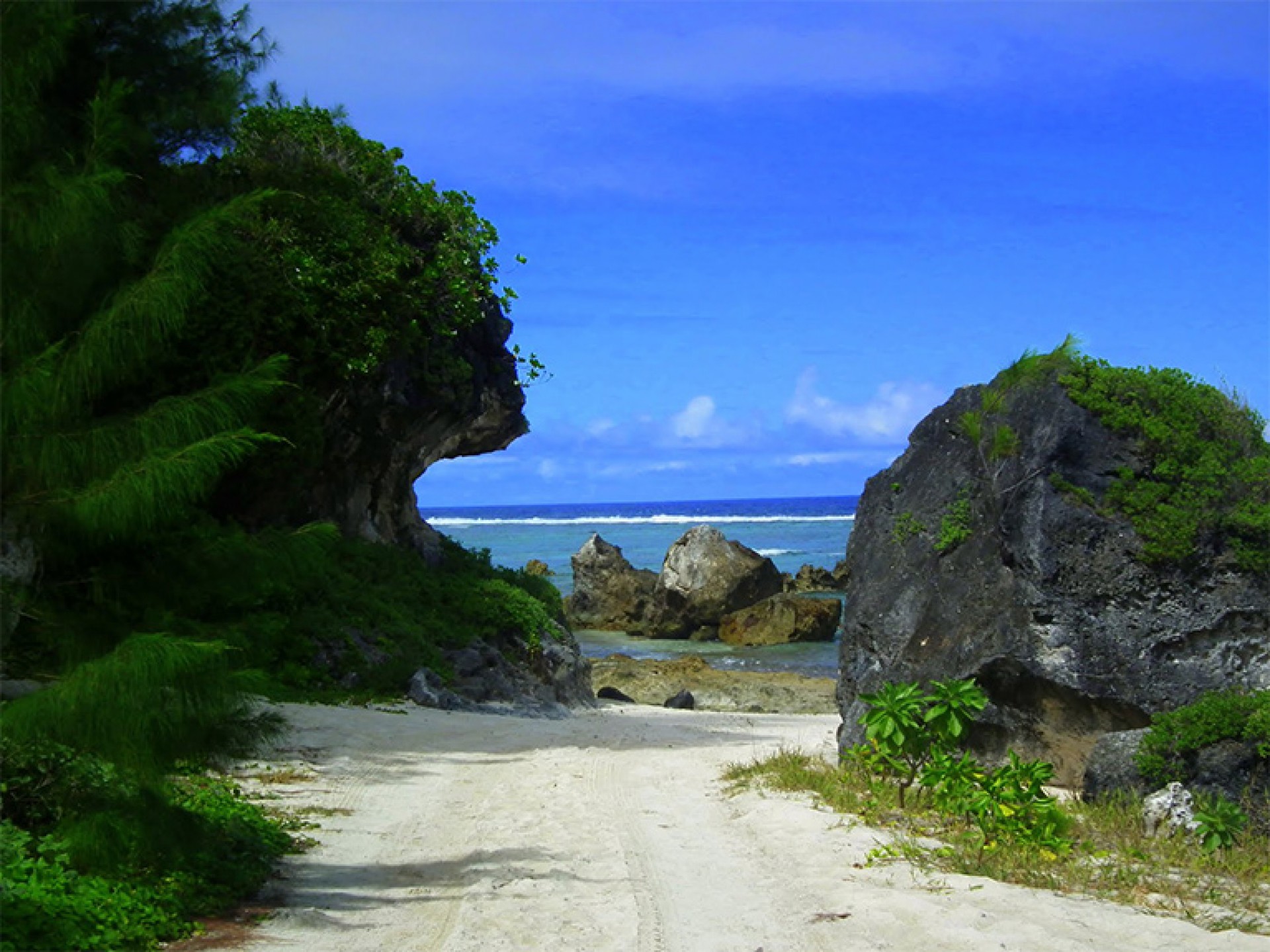 On 10 December 1941, The Japanese 5th Defense Force landed at beaches around the island. Despite a valiant defensive struggle by the island's Insular Force Guard and the limited number of U.S. marines, Guam's governor realized his men were no match for the invasion force and surrendered the island.

The Japanese enforced many hardships on the Chamorros during the occupation. The island was renamed ’Omiya Jima’ and was the only populated U.S. soil occupied by another country throughout WWII. The Chamorros were required to learn Japanese and the custom of bowing. The Japanese Yen replaced the island's currency, food was rationed and cars, radios and cameras were confiscated.

For 31 months, the people of Guam were subjected to intolerable hardships and although some religious practices and business activities were permitted, atrocities, grenade slaughters and rapes were common. The 29th Division of Japan's Kwantung Army established Concentration camps and approximately 600 Chamorros were executed.

On July 21, 1944, after one of the longest and heaviest pre-assault naval bombardments of the war about 55,000 men of the American forces simultaneously storm Asan and Agat beaches. By the end of the day both beaches were secured. This was the start of a bitter 3-week campaign for the liberation of Guam. Thousands of Japanese and Chamorro’s lost their lives and the city of Hagåtña was nearly destroyed before American Forces reclaimed Guam.

Since the liberation of Guam, the U.S. has maintained a substantial military presence on the island. The people of Guam became U.S. citizens in 1950 after President Truman signed an Act making Guam an unincorporated territory of the United States. The responsibility of government was transferred from military to civilian governors

The U.S. base on Guam is now one of the United States most strategically important military installations in the Pacific.

We're often asked exactly how big the brown tree snake problem is here on Guam. There's been Discovery Channel Specials about it, millions of dollars spent by the U.S. and other governments, and when you drive around the airport you can't help but notice snake traps hanging on the perimeter fence. There are even specially trained dogs at the airport and maritime port to sniff them out.

The answer to the question is simply, we don’t know. We do know that they're the reason you don’t see many birds on Guam. But we also know that they’re not often seen, and there is rarely any local news about it. If that's not enough, here's a short article by one of our associates, born and raised on Guam:

The Legend of the Brown Tree Snake

When I was active duty, I served on Guam between May 1999 and July 2000. During that time, I saw a total of ONE Brown Tree snake. Despite what you read on the internet, the Brown Tree snake that invaded Guam is not as ubiquitous as the stories make it appear. Snakes are not hanging off of every tree or every power line you come across. Odds are, for a typical three year assignment, you'll come across a dead Brown Tree snake; if you come into contact with one at all. Just to demonstrate how low your chances of encountering a Brown Tree Snake is I'll share this funny anecdote. During my active duty stint, I worked on the 13th Air Force staff. During a staff meeting, the Public Affairs Officer indicated that a film crew from Discover Channel's "K9 to Five" would be on base to film the US Department of Agriculture work dogs. Apparently, these working dogs are specifically trained to sniff out the Brown Tree Snakes. At the following week's staff meeting, the same Public Affairs Officer informed the Commander that, after three days, the Discover Channel film crew left Guam. Someone in the meeting made a humorous remark about the Brown Tree Snake being all over the place. At that point, the Public Affairs Officer said that the show’s producer must have believed the same thing because after three days of filming, the dogs hadn't found any snakes. So, on the third day, the director asked the Department of Agriculture to use one of the department’s captured snakes (normally used for show and tell at the local schools) to stage the working dog "sniffing out of a snake".

Yes, the Brown Tree Snake has wrecked havoc on the island's local bird population. If you haven’t already, there are other websites you can read that describe the snake's destructive affect on Guam. It does appear, however, that Guam is starting to see some signs of the last ten plus years of an aggressive eradication program. But, that’s the anecdotal evidence of one guy (me) over the past 7 years. I am confident the Department of Agriculture believes there is still plenty left to do. What’s the moral of the story? One, the invasion of the Brown Tree Snake on Guam has not resulted in the snake being in every footlocker or bedroom on the island. Two, you won’t find a snake simply by looking up at the power or telephone lines. This perception is most likely attributed to several "stories" on the internet. Honestly, for military members assigned to Guam, most will end up in the villages of Tamuning, Tumon, Sinajana, Nimitz Hill, Dededo, Yigo or base housing. These villages aren't really rural areas so the chances of seeing a Brown Tree Snake are low. Like most military personnel once assigned to Guam, you won't come across a live Brown Tree Snake. Odds are, if you see one at all, it's dead. And if it isn't dead, do me a favor...kill the darn thing! Once you get past the anxiety of touching a slimy reptile, it’s actually quite easy. All you need to do is grab the snake by the end of its tail and swing it around like a lasso. After you get the snake spinning pretty quickly, SLAM IT ON THE CONCRETE! A friend told me this "breaks their backs". I’m not a snake expert. So, I can’t say if that is an accurate description of what happens. But, having done this three times in seven years, what I can tell you is slamming the snake on the concrete makes it much easier to finish the kill. By the way, all three times I encountered the live snake was at a relative’s house. This relative lives in Chalan Pago. That is to say, he lives in a very rural part of the island. To compound the issue, the house is surrounded by lots of vegetation. One would say "the jungle" but he would say "the garden". In any event, killing any snake I come across is my personal eradication program. I figure, every little bit helps.