We've been talking about going solar for a while now, but until yesterday, I hadn't found a company that offered a deal that makes sense.

In the past, solar companies on Guam were offering leases for solar panels under a "net metering" program. Basically, that means that during the day as your solar panels produce more power than you're using, excess is pumped back into the grid, making your meter go backwards. During the evening, you pull power from your "power balance". So hopefully, at a minimum, you "balance out" and don't draw any power from the grid, hence, $0 to GPA. The downside of this system has been that if there's a power outage, your solar power doesn't go anywhere, and won't power your house absent a working grid. Weird right? That's because, until now, batteries to store power weren't available here. So, given the cost per month of a solar system lease, I would be paying roughly the same amount every month. 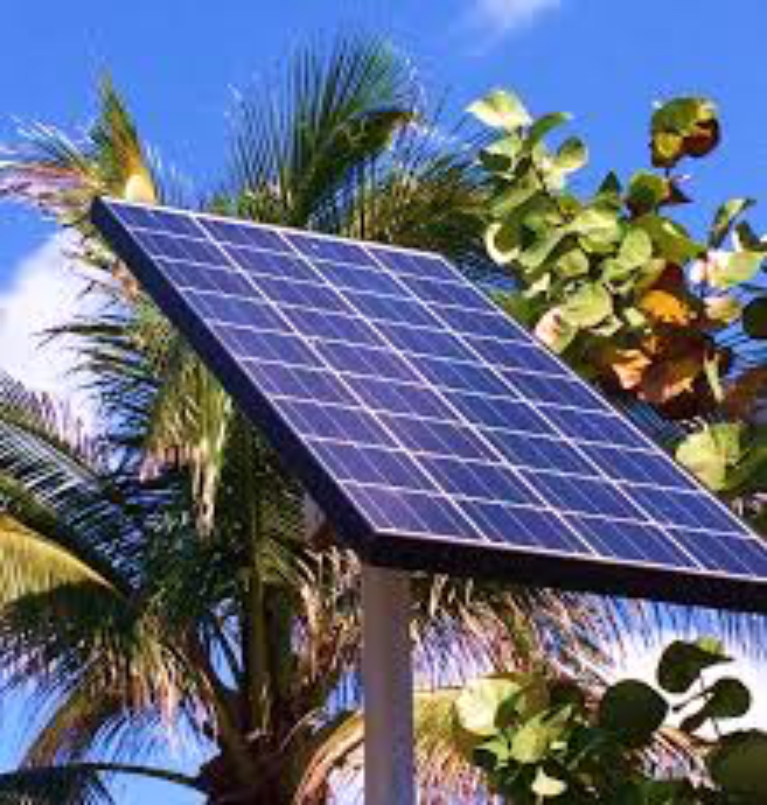 Things are changing now. Batteries are available that will provide power whether or not the grid is up or not. Information I've received suggests about 12 hours with reasonable use with no power grid and no sunlight. So it's an independent system. Plus, you still pump your excesss into the grid and if my fantasy comes true, my panels will provide more than I use, and I'll get a check from GPA for a change. I don't care if it's a $1.00 check. I'm going to frame it.

In doing the math, I'll save about $80.00 per month paying a lease on the solar panels vs. paying my average bill. Sound a bit disappointing? 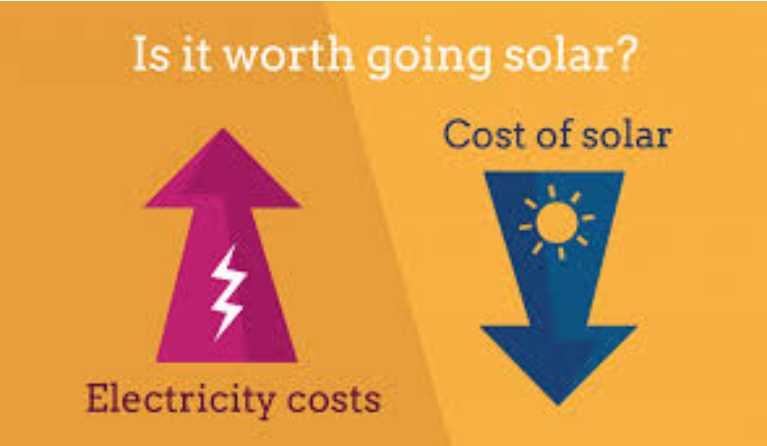 I can understand that, but look at the big picture.

There are a few big benefits to this sort of system. First, you have what is essentially a back up power system that you don't have to put gas in every couple hours like you would a generator. Secondly, you'll be immune from any GPA rate hikes. And people, those are coming. They're about to spend millions on a new power plant. How do you suppose they'll pay for it? Jacking up the power rate. Third, the less you use, the more "power balance" GPA will pay you for. As the world turns, your power bill will remain at the contract rate, despite the already announced GPA rate hikes, which are projected to be nasty in a few years time. And you're reducing the demand for power that's produced here on Guam by running gigantic generators that use fuel oil or diesel fuel, when the cost of fuel goes up, so does the power bill.

Another benefit of leasing the system is that 100% of the maintenance is on the company you lease from. You don't touch anything. They install it, they maintain it. They're bound by the contract same as you. The system is insured by them, so if a typhoon steals your panels, it won't cost you a penny. And for the next couple years there are big tax deductions available.

You can buy the system outright if you prefer, but then there's the maintenance and insurance issues that you have to deal with, and of course the $25,000+ up front cost.

There's a few important things to keep in mind. As solar grows in popularity, there are more and more companies offering the services. While competition is good for business, you want to be sure you go with the right company, not someone that operates their business from the back of a pick up truck. I'm not an easy sell, and I'll call bullshit on anyone if I smell it. I'm a salesman myself, so my nose is pretty well tuned for it.

Getting the right number of panels based on how much power you actually use is critical. I manage a couple properties with solar power systems that don't have enough panels to generate the needed power for the household. And when you don't produce as much as you use, you draw from the grid, and you get a bill for that from GPA.

What's the benefit for tenants?

Often, when tenants see properties with solar panels they automatically think that they're not going to pay for electricity. Anyone would think that if they don't know how solar systems work . It sounds great, but that just isn't the case. Nothing is free and you get what you pay for, that's just life. Tenants will still need to register an account with GPA and they'll be responsible for the power they use in excess of what the solar system produces. The'll also be responsible for paying whatever the owner's obligation is under the solar lease. This amount might be negotiable, that will depend on the owner. So what's the point?

The point is that as a tenant, you'll have a back up power source. Everyone that's been to Guam will tell anyone that's going to Guam to get a house with a generator. The fact is that most homes don't have generators, and many that do, have old outdated ones. Generators run on gas or LP gas, that you have to refill as you use. So having a solar panel system with batteries is like having a generator that you don't have to fuel.

Secondly, the more power produced and the less you use, the better chance you have of actually getting a check at the end of the cycle. That's something that can be negotiated with the owner, so the tenant can receive payment for their efforts in controlling their power use. It's quite easy to measure. For instance, if the system produces 2500kw and you only use 2000kw, the tenant could be credited for the 500kw based on the current rates paid by GPA for excess power.

If you're a property owner and interested in learning how to set yourself up with a solar panel system, please email me at [email protected] and I'll get you pointed in the right direction.